A cookie is information stored on your computer by a website you visit. Cookies often store your settings for a website, such as your preferred language or location. This allows the site to present you with information customized to fit your needs. As per the GDPR law, companies need to get your explicit approval to collect your data. Some of these cookies are ‘strictly necessary’ to provide the basic functions of the website and can not be turned off, while others if present, have the option of being turned off. Learn more about our Privacy and Cookie policies. These can be managed also from our cookie policy page.

What is the Urban Heat Island Effect? 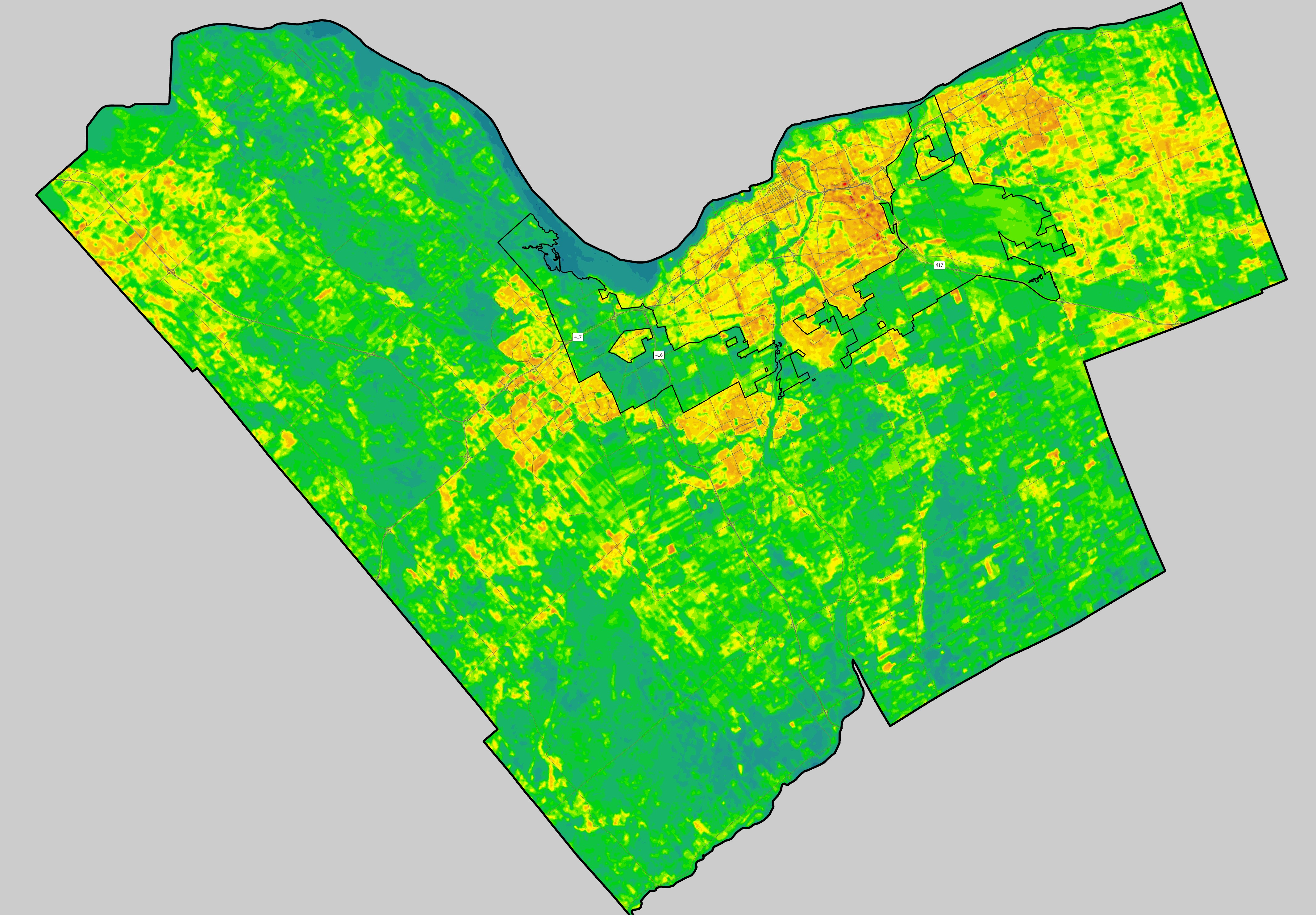 The urban heat island effect occurs when built-up areas are hotter than surrounding areas. Buildings, parking lots and other dark surfaces in built-up areas retain heat and become hotter than nearby greenspaces, water and rural areas. The annual mean air temperature of a city with one million people or more can be one to three degrees Celsius warmer than its surroundings during the day. In the evening, the difference can be as high as 12 degrees Celsius.

The colour codes show how surface temperatures ranged from 15 to 38 degrees Celsius across the City. The map shows cool areas include the Ottawa and Rideau Rivers and their tributaries; the Greenbelt; greenspaces, parks, natural spaces; and light-coloured surfaces including buildings with white roofs. Buildings with dark roofs, such as those found on large commercial and institutional buildings, parking lots and artificial turf show up as hot areas that absorb and retain heat.

These maps highlight areas of potential risk created by the urban heat island effect. Additional factors that influence an individual’s risk include access to air conditioning at work, school, home and during commutes, if they work or exercise outdoors, their age, and pre-existing health conditions.

How are these Urban Heat Island Maps being used?

Heat island maps show us how land use choices affect surface temperature. With temperatures expected to rise by 3.2 degrees Celsius by the 2050s and the number of days above 30 degrees Celsius expected to rise fourfold to 43 days, heat islands worsen the impact of extreme heat events. Extreme heat affects everyone, but certain people are more vulnerable to heat stress, including the very young and old, people who are pregnant, people with existing health conditions, people who work outside, athletes, people who are homeless or precariously housed, and those that don’t have good access to air conditioning.

Heat island maps can be used to guide policies and planning of the built environment. Strategies to reduce surface temperatures include tree protection and plantings, the use of vegetation on and around buildings and parking lots, and the inclusion of parks and greenspace and reflective surfaces such as light-coloured roofs.