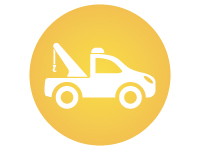 As the City of Ottawa continues its review of potential towing regulations, City staff have also been working with the Province of Ontario’s Towing Task Force.

The findings from the Provincial Task Force’s consultations as well as their recommendations for further action have been released.

In June 2020, Premier Ford announced the creation of the Towing Task Force to help improve provincial oversight of the towing sector. The task force met with more than 70 stakeholders through consultations, interviews and informal conversations, gained public input through a survey, and received many insights and recommendations via emailed responses.